Gut feeling, intuition and unconscious perceptions – all these abilities are inherent in every human being. However, only the fewest people have really conscious access to these resources. Whether through the lack of promotion of these talents in adolescence or simply by repressing and forgetting in the course of adulthood.

Yaan Meditation is a practice-oriented training that can help to bring all these skills back into consciousness and to resensitize the body’s perception in a targeted manner. Yaan Meditation, for example, allows you to see things that don’t reflect light, hear things that aren’t pronounced, or feel things that shouldn’t be there by conventional standards.

In later stages of Yaan meditation, these abilities expand into forms of perception and communication, which would generally be classified in the parapsychological or esoteric field, but in reality can be learned and applied by every human being. The ability of Yaan perception can also serve as a first step toward spiritual self-knowledge.

Yaan Meditation is a derivate from the Saiyasart (knowledge of nothingness). An ancient field of knowledge that deals with self-discovery, wonders and phenomena on the basis of logic and rationality. The knowledge of Saiyasart is again closely linked to Pahuyuth.

Knowledge of Yaan Meditation (especially SCENTING and TASTING) is one of the recommended prerequisites for the study of the traditional Free-Warrior medicine.

“Only a small part of our decisions and our behaviour is visible to us like with an iceberg. Most of our motifs are “hidden under the surface of the water” in the subconscious”
Sigmund Freud (1856-1939)

Benefits and Goals of Yaan Meditation

Building on the sensory abilities of the human body, Yaan Meditation optimizes the processes of mental information processing and sensitizes awareness of intuitive stimuli. The resulting spectrum of applications can be roughly divided into four areas: 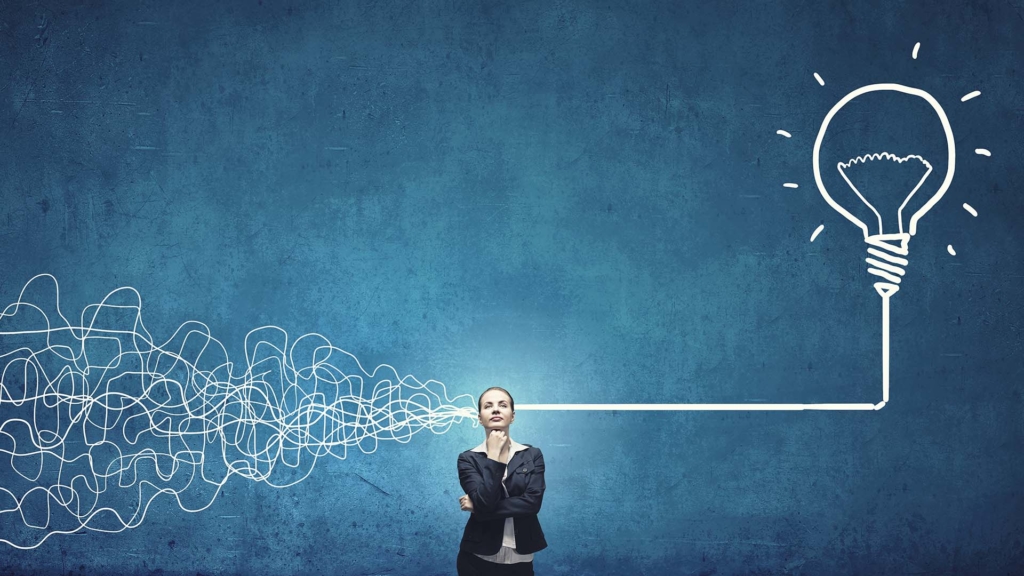 Yaan meditation improves the user’s understanding of himself, others and the relationship in between. Higher forms of Yaan perception can lead to spiritual self-knowledge. 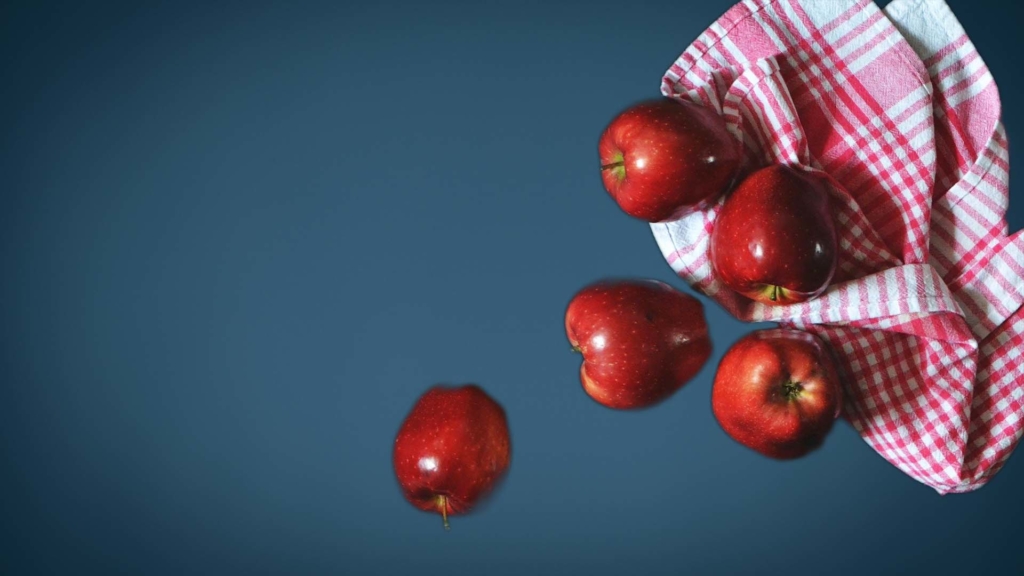 Yaan Meditation can benefit all those who are interested in or practice the topics, nutrition, medicine and alternative healing methods. Knowledge of Yaan Meditation is one of the recommended prerequisites for learning the traditional Free-Warrior medicine. 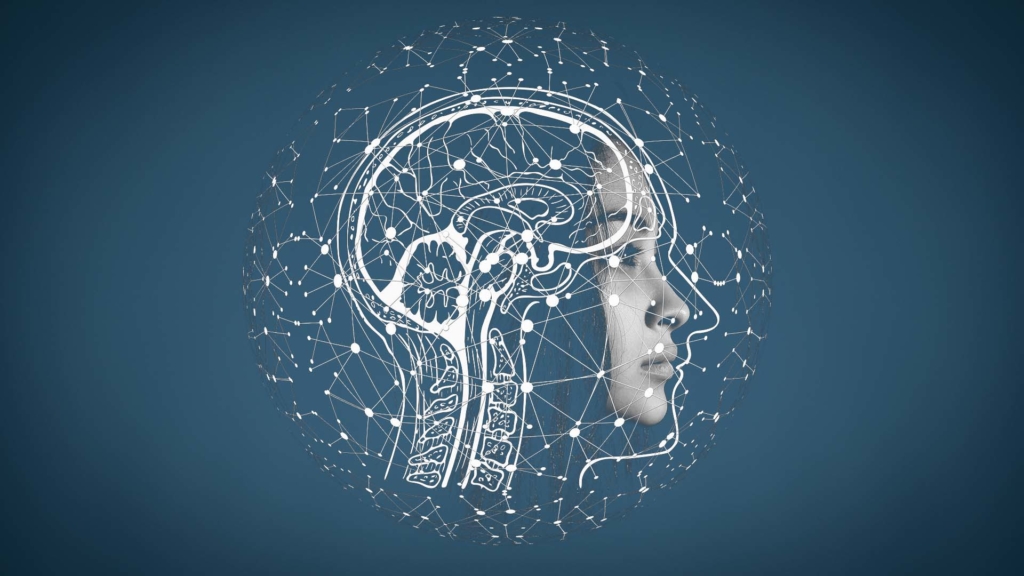 Through Yaan Meditation, spiritual fields of knowledge and border sciences can be explored. Higher forms of Yaan meditation deal with different types of what would be popularly called “magic”. This makes Yaan Meditation an ideal starting point for learning the Saiyasart 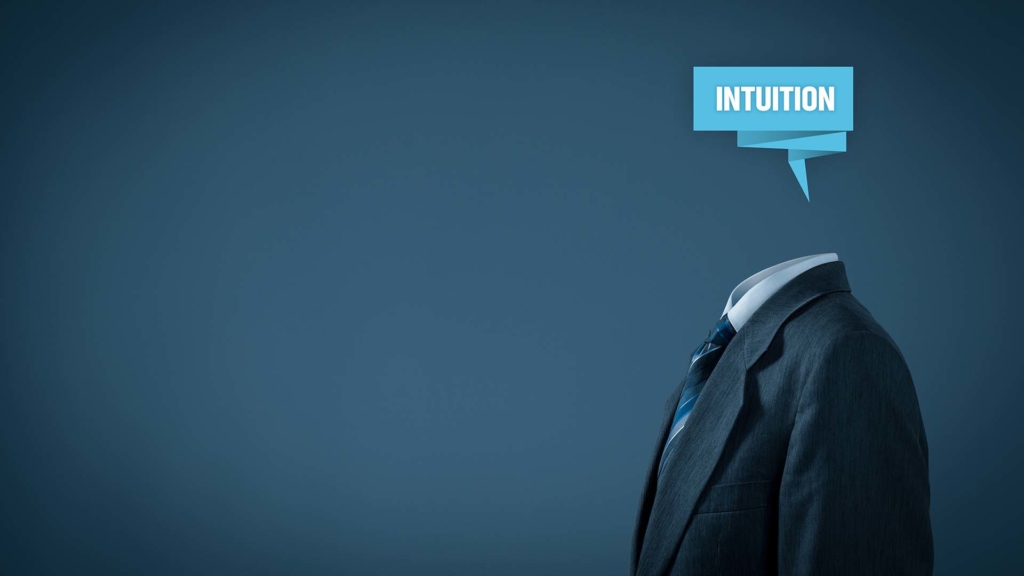 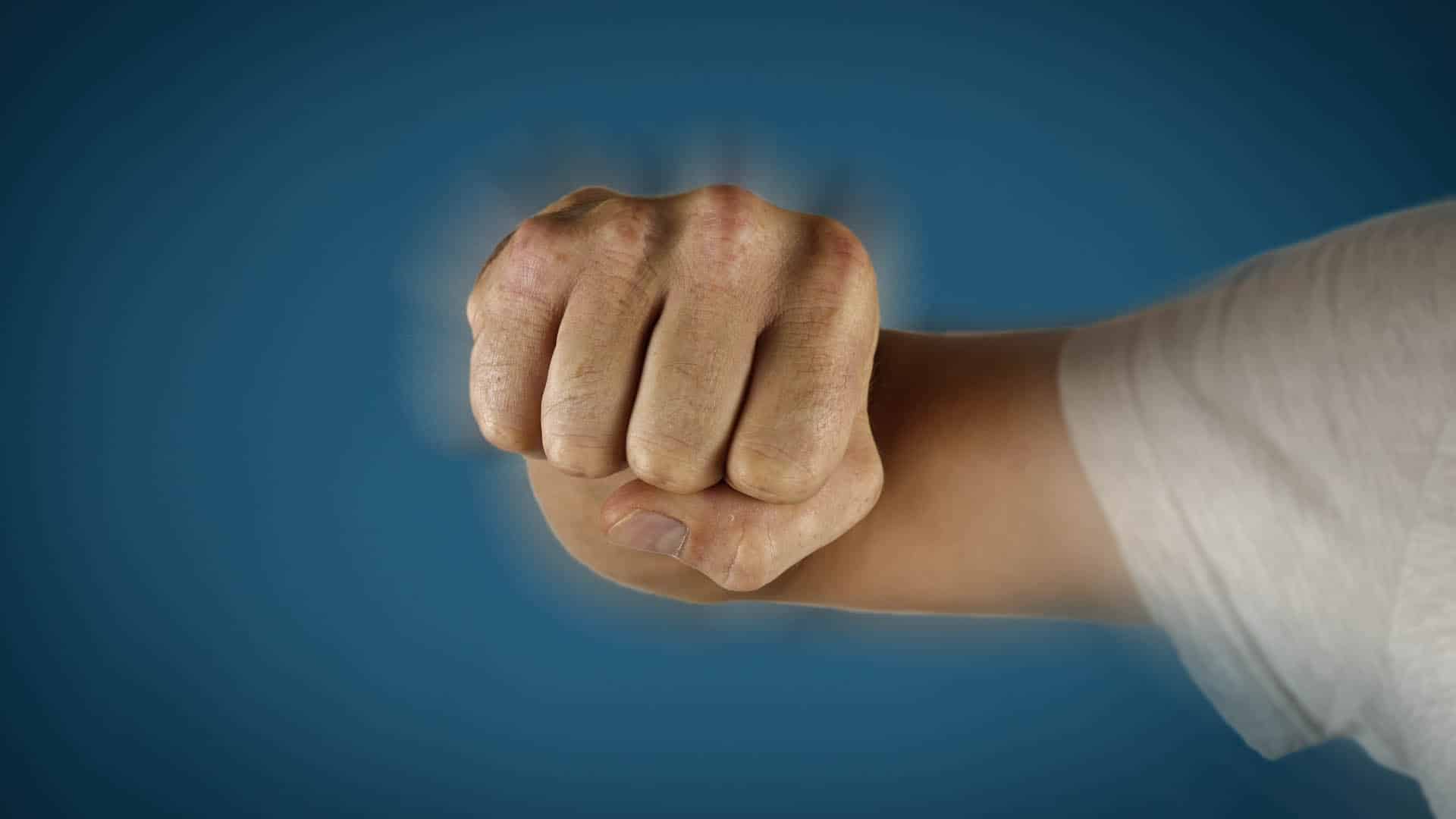 Yaan Meditation optimizes the body’s perception. Improved perception can lead to a better risk assessment in daily life and an increase in combat ability. Since this form of meditation is explicitly not a form of faith, religion or the like, but is based exclusively on the natural abilities of the central nervous system, it is compatible with pretty much every martial art.

Based on the five or six sensory organs of the human body, the YAAN senses are divided into SEE, HEAR, RIECHEN, TASTE, TASTEN and YAAN. 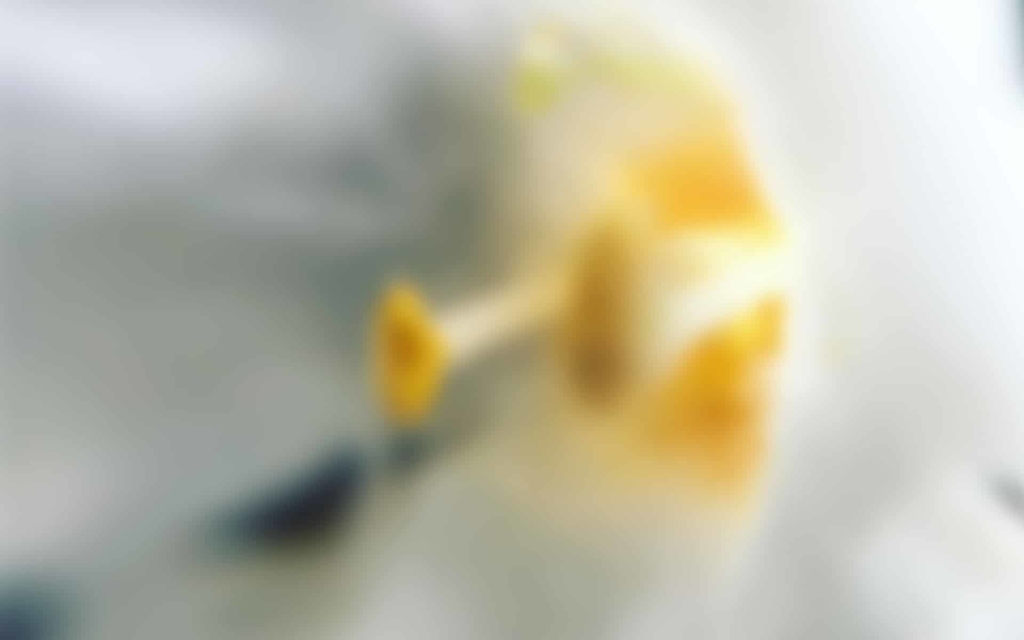 SEE without seeing – not everything we perceive with our eyes is true and truth is not always just what we can see with our own eyes.

The Yaan training in SEEING brings back into consciousness all those things that we have literally over-seen for a long time. This can include, for example, the active perception of vibrations, auras and spirit beings, as well as projections in the past and present and even various forms of precognition, up to a more or less pronounced clairvoyance. 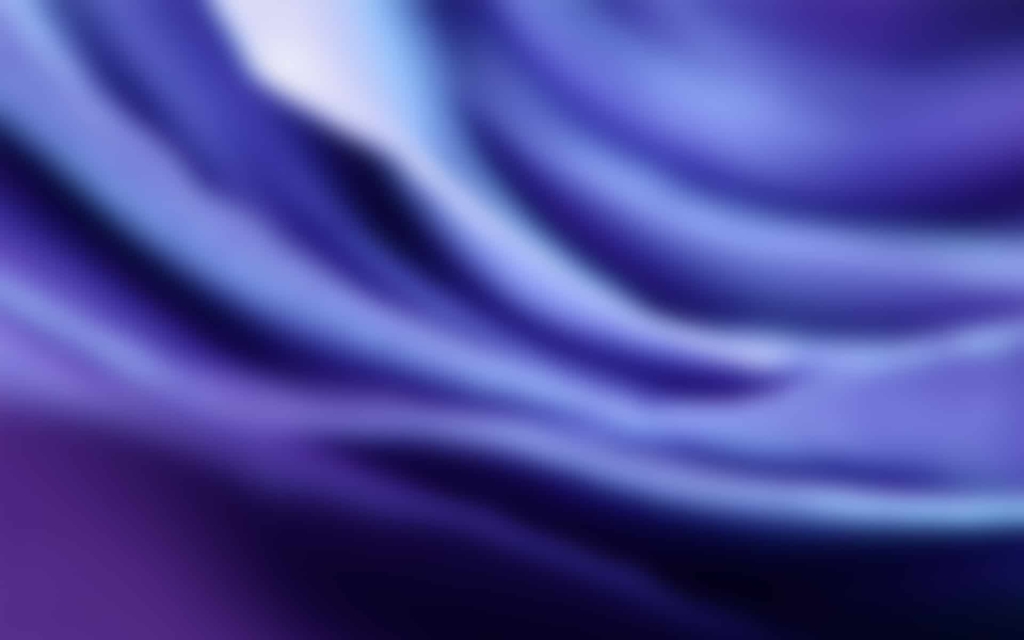 HEAR without hearing: Acoustic vibrations are not the only vibrations you can hear.

Yaan training in HEARING can be a possible basis for conscious forms of communication with vibration patterns. This includes, for example, thought reading, telepathic exchange with plants, animals and humans and, at higher levels, telepathic suggestions or manipulations. The ability of HEARING can also enable communication with ghosts and other vibration-based entities. 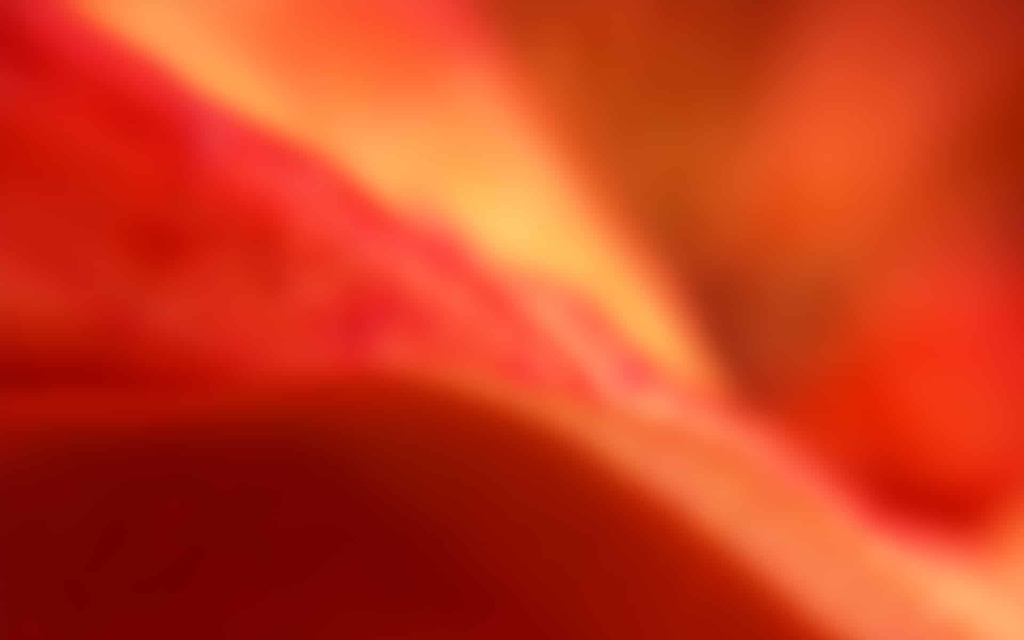 SCENT without scenting: Sometimes the only thing that counts is to have a nose for something. 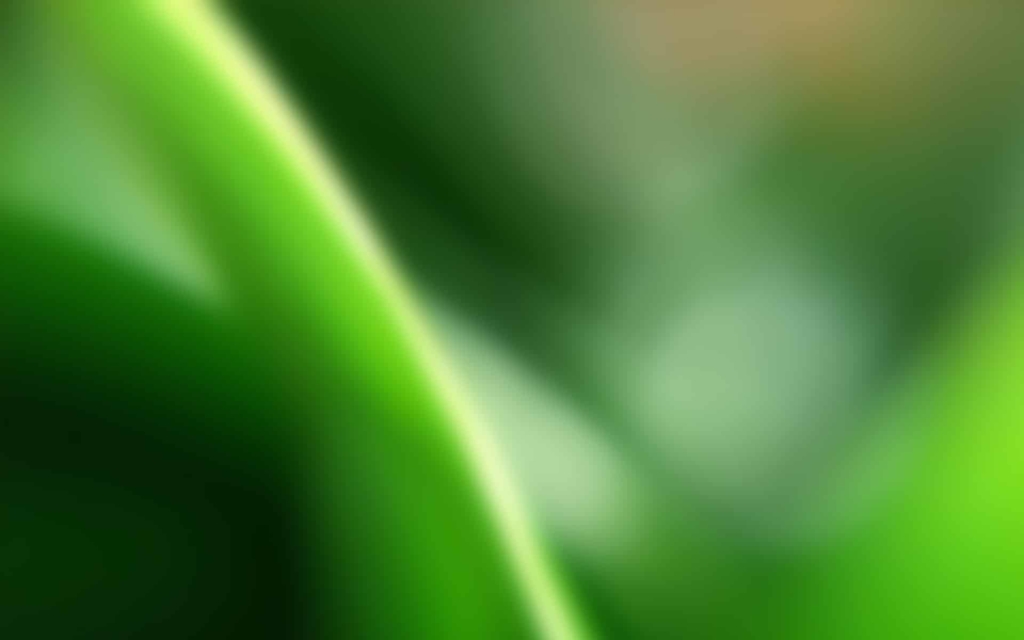 TASTE without tasting: If you haven’t gained a taste for the previous topics, you should let this sense melt on your tongue. 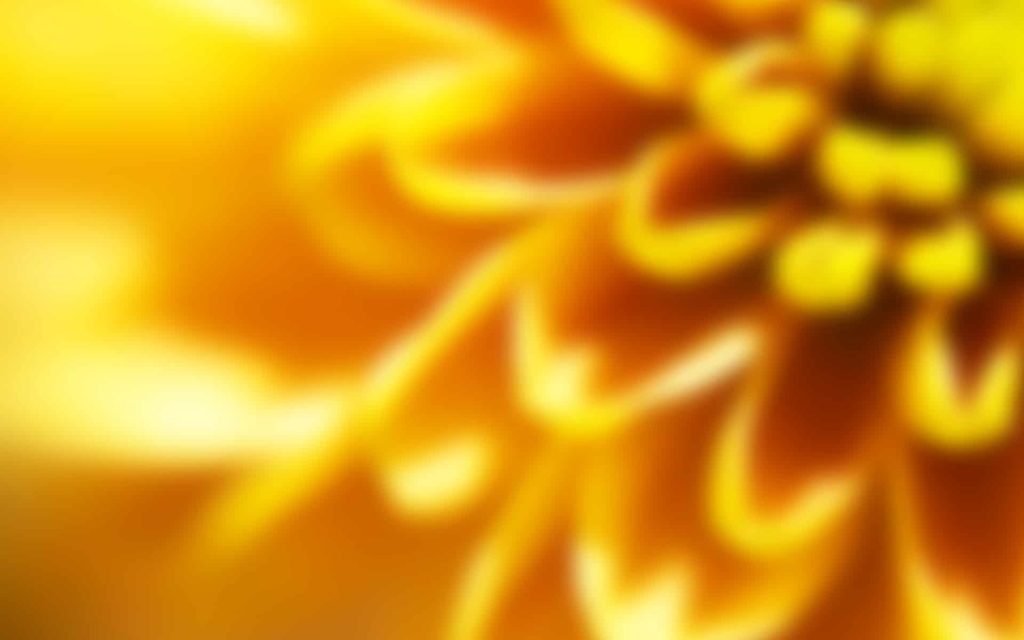 TOUCH without touching: Getting in touch with the subconscious.

A Yaan training in the TOUCHING can make it possible to perceive subtle vibrations on the haptic level and even to actively change them. Practical applications can be, for example, healing and gemstone therapies, but practitioners of spiritual teachings and mediumship can also benefit from this sense by learning to interpret active vibrational fields even better. Higher levels of the TOUCHING are about conscious vibration modulations, such as the generation of magical amulets and talismans. 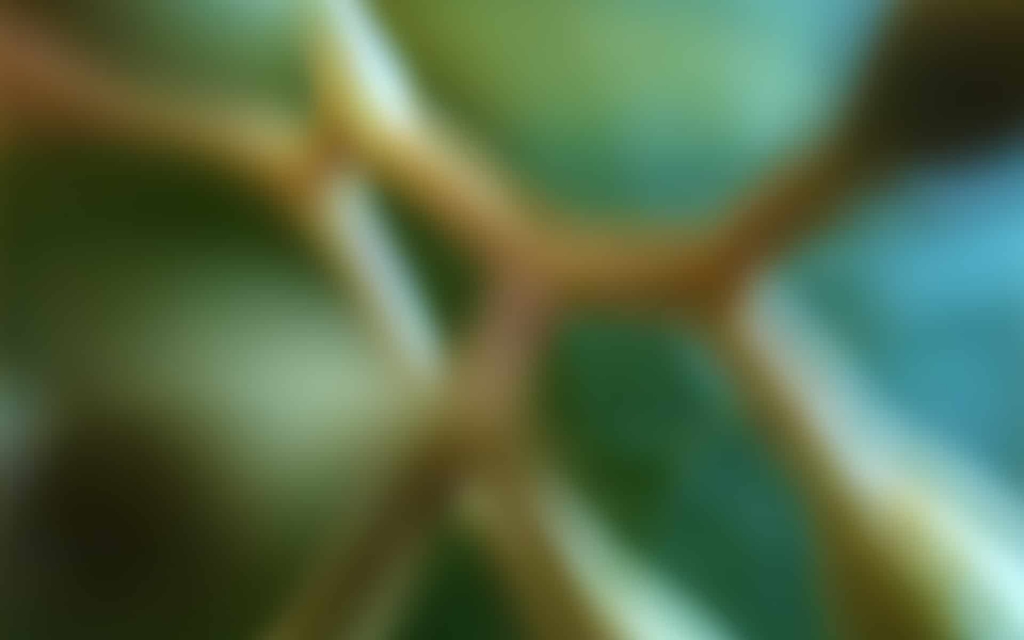 All sensory perceptions flow into the central nervous system, which can be understood as the main sense. Here, conscious and unconscious stimuli and information are processed and evaluated. It is about the interface to what is commonly defined as a psyche or subconscious.

The Yaan training as a complete package summarizes all the aforementioned senses (seeing, hearing, scenting, tasting, touching) and can open the door to a holistic perception and self-knowledge.

Where does Yaan Meditation come from?

Yaan Meditation is a derivate from the Saiyasart (knowledge of nothingness). An ancient field of knowledge that, on the basis of logic and rationality, deals, among other things, with self-discovery, wonders and phenomena.

Can anyone learn Yaan Meditation?

Do I need any prior knowledge to learn Yaan Meditation?

Prior knowledge in similar or related fields of knowledge is neither necessary nor hindering.

Is Yaan Meditation a religious community?

No. “Yaan” is the conscious use of an unconscious mental state. In the context of meditation, it could be described more as an “individual method of adjustment to the psychic focus”.

No. Yaan Meditation is a practice-oriented perceptual training with which interested participants can examine their own perception possibilities themselves and, if necessary, expand them.

Is the Yaan Meditation world view somewhat simple or stereotypical? Does it explain all the problems in a very simple way?

No. Yaan meditation is neither simple nor stereotypical or trivial. It is about an adjustment of one’s own perception with an open outcome and certainly not about conveying a world view.

Is there a master (leader - father - guru - messiah - prophet - thought leader) in Yaan Meditation who alone is in possession of the whole truth?

No. In Yaan Meditation, there are only so-called teachers who communicate their skills and insights to others. This does not require any form of social hierarchy or thought leadership.

Is the world heading for disaster, and only the practitioners of Yaan Meditation know how to save themselves or others?

Prophecies fall into the category of “unsharp projections into the future based on probabilities”. However, the future is not easily perceptible in the present, which is why this subject area is not part of Yaan Meditation.

Is the world, or are people outside Yaan Meditation bad or malignant in any way?

Yaan Meditation is about the transfer of knowledge and the unbiased expansion of consciousness. The interpretation of the perceptions thus achieved is up to each individual.

Is there an elite mindset? Are practitioners of Yaan Meditation in any way superior or chosen?

No. Every person is different and has different areas of competence. At the same time, Yaan meditation can be learned by any person regardless of origin, age and gender. To draw a conclusion from this about a possible superiority or elector would be illogical.

Is criticism in learning Yaan Meditation in any form undesirable or even forbidden?

Substancial criticism and conclusive arguments are expressly desired in the Yaan Meditation!

Does Yaan Meditation offer a personal salvation? Is it possible to gain true freedom or the like?

No. Things like “true freedom” or the like are always based on the personal value system, as well as the desires and interpretation of each individual. Yaan meditation cannot help with this, but can be used for the purpose of self-discovery.

No. Of course we are happy about occasional likes and shares on our social media channels or a positive word-to-mouth as well as critical feedback. However, it is neither encouraged nor prohibited.

Are science and rational thinking rejected as negative, satanic, or unenlightened?

No, because science and rational thinking are based on factual reasoning and counter-representation.

Is there some form of mutual control among Yaan Meditation participants?

No. Yaan Meditation is a practice-oriented perceptual training, the effect of which must be tested by everyone. External control would prevent this.

Is there such a thing as a common group goal? If so, is this about personal obligations and interests, about family, school, profession or your own health?

No. Participants and practitioners of Yaan Meditation are always individuals with their own goals and ideas. A common group goal or similar does not exist.

Are things like a firm faith, frequent prayers, or constant meditation part of Yaan meditation?

No. Yaan Meditation is a practice-oriented perceptual training for everyday use. This does not include faith, prayers or other rituals.

There are currently no live courses planned. If you would like to be informed about upcoming developments and publications, we recommend a subscription to our newsletter.

We have set up various online offers for all interested and willing to learn. 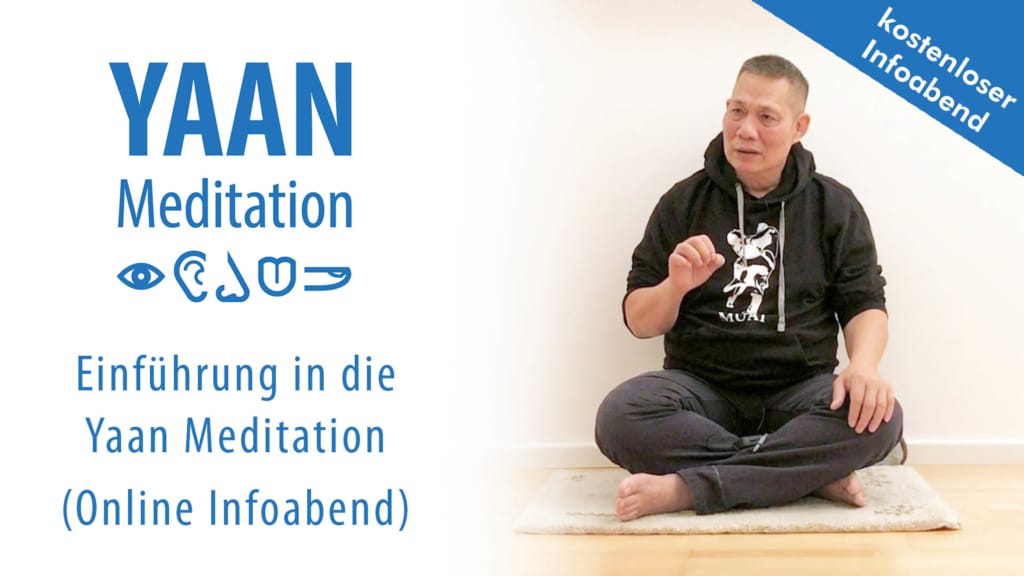 Yaan Meditation can also be learned online. Video recordings of our live courses can be easily purchased as an online video stream and easily viewed on all popular devices. 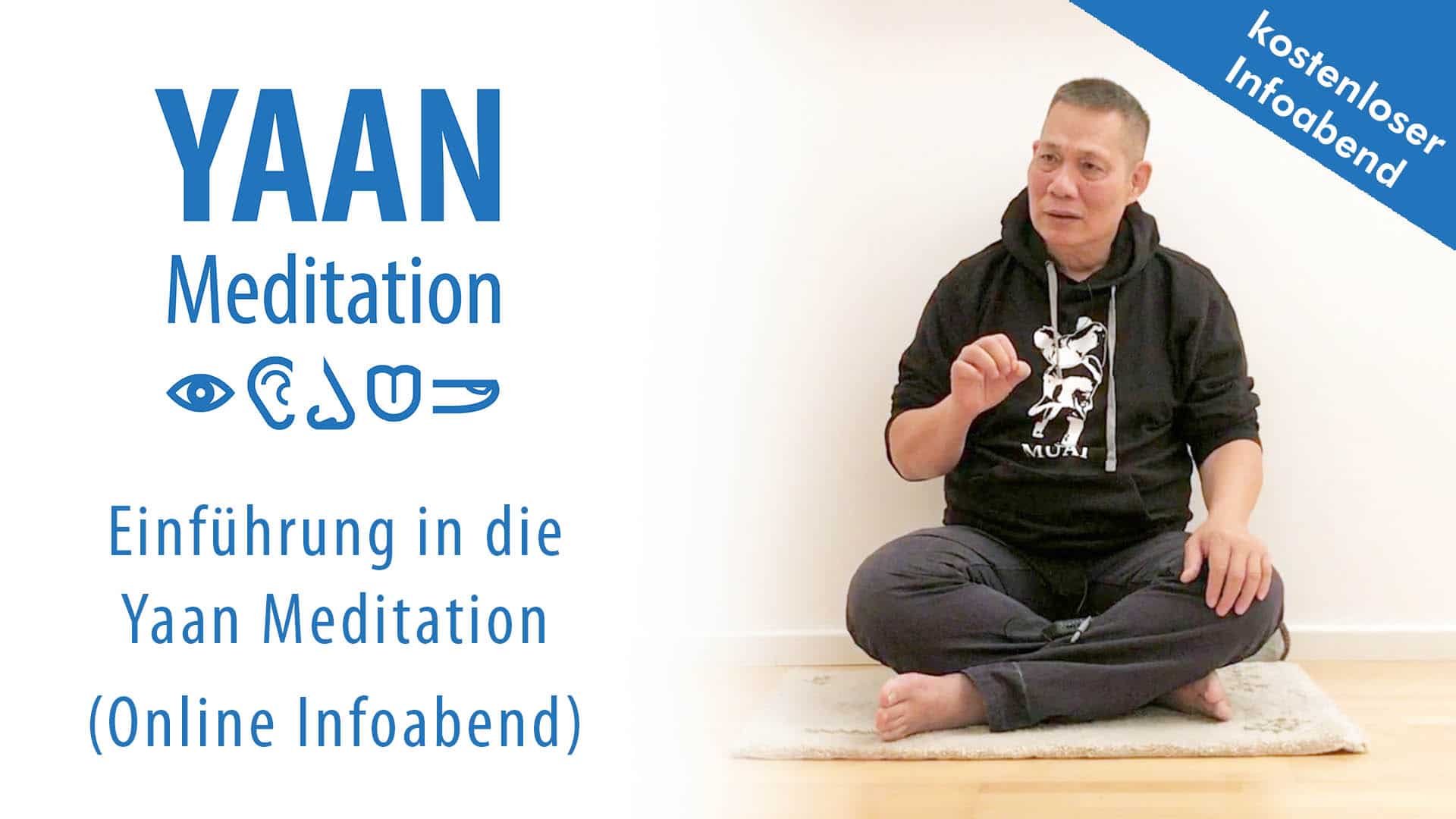 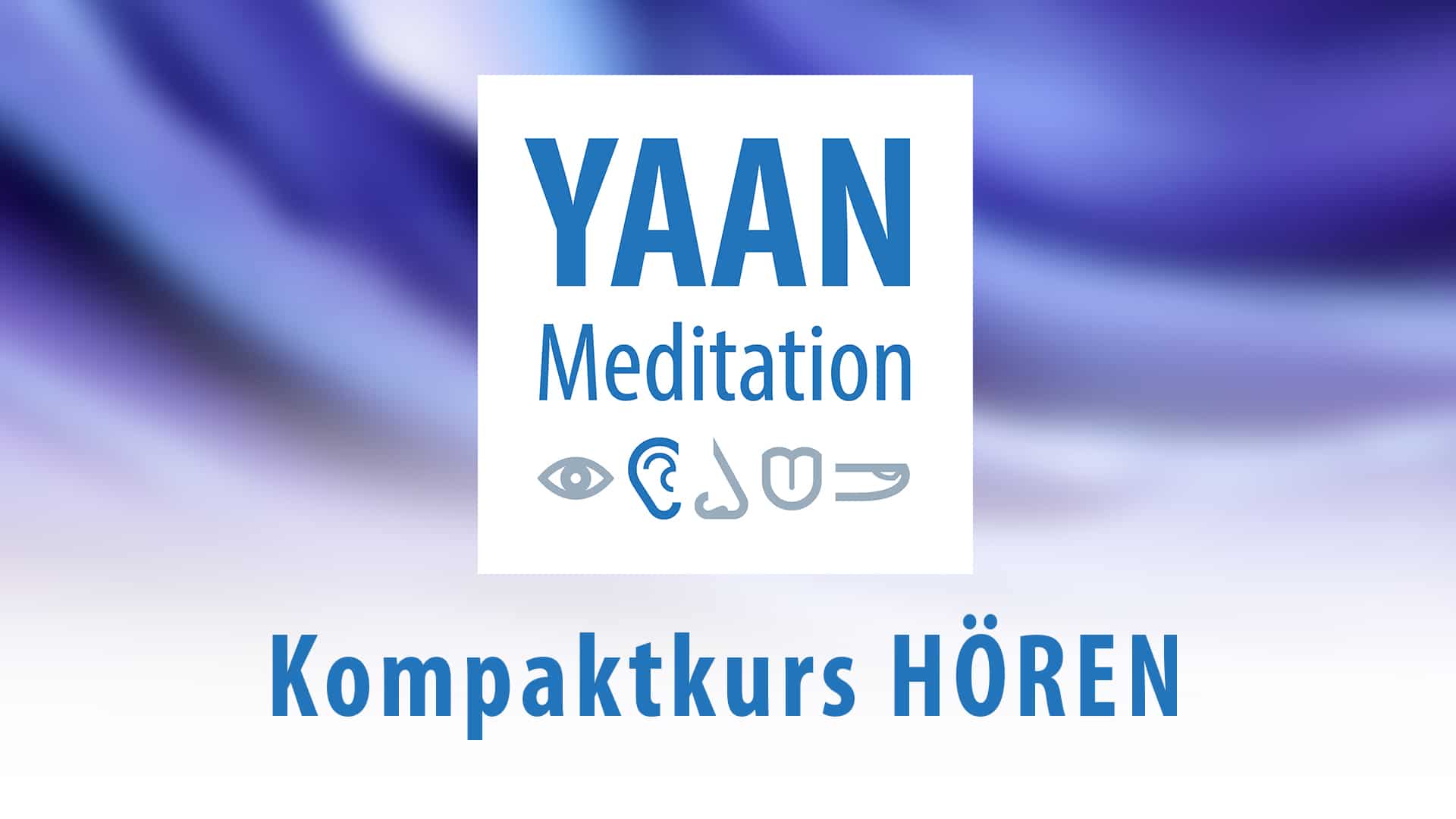 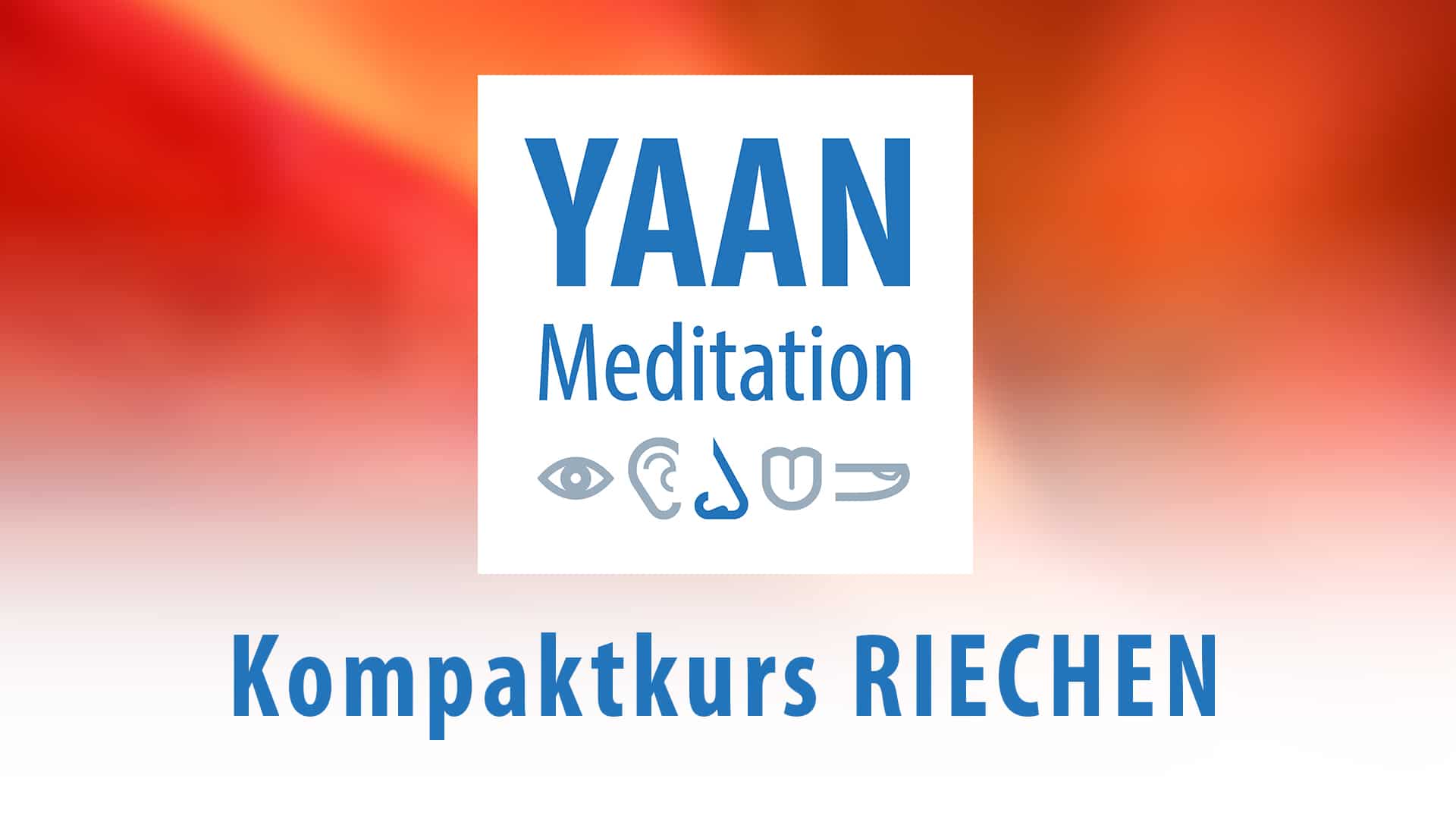 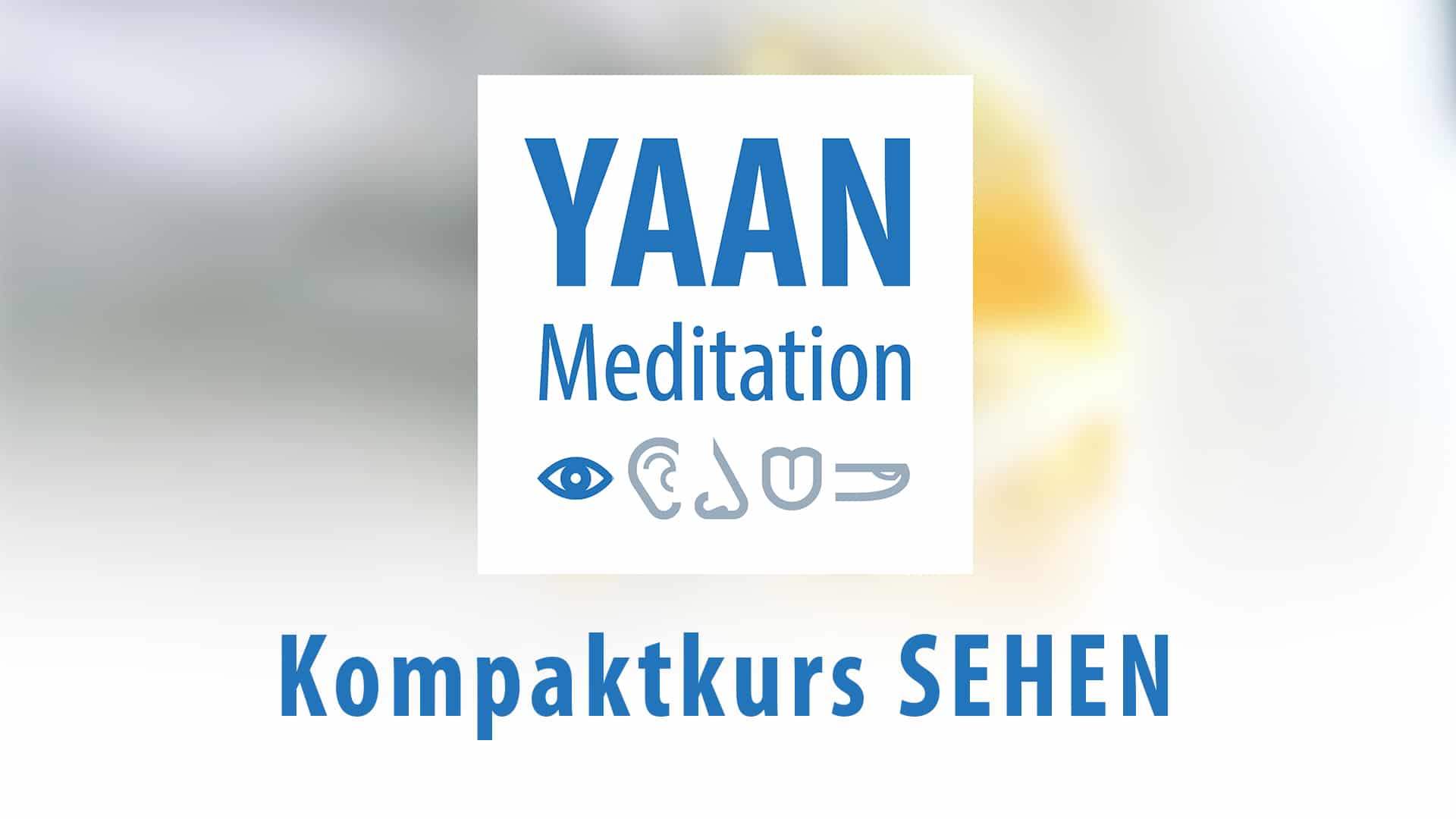 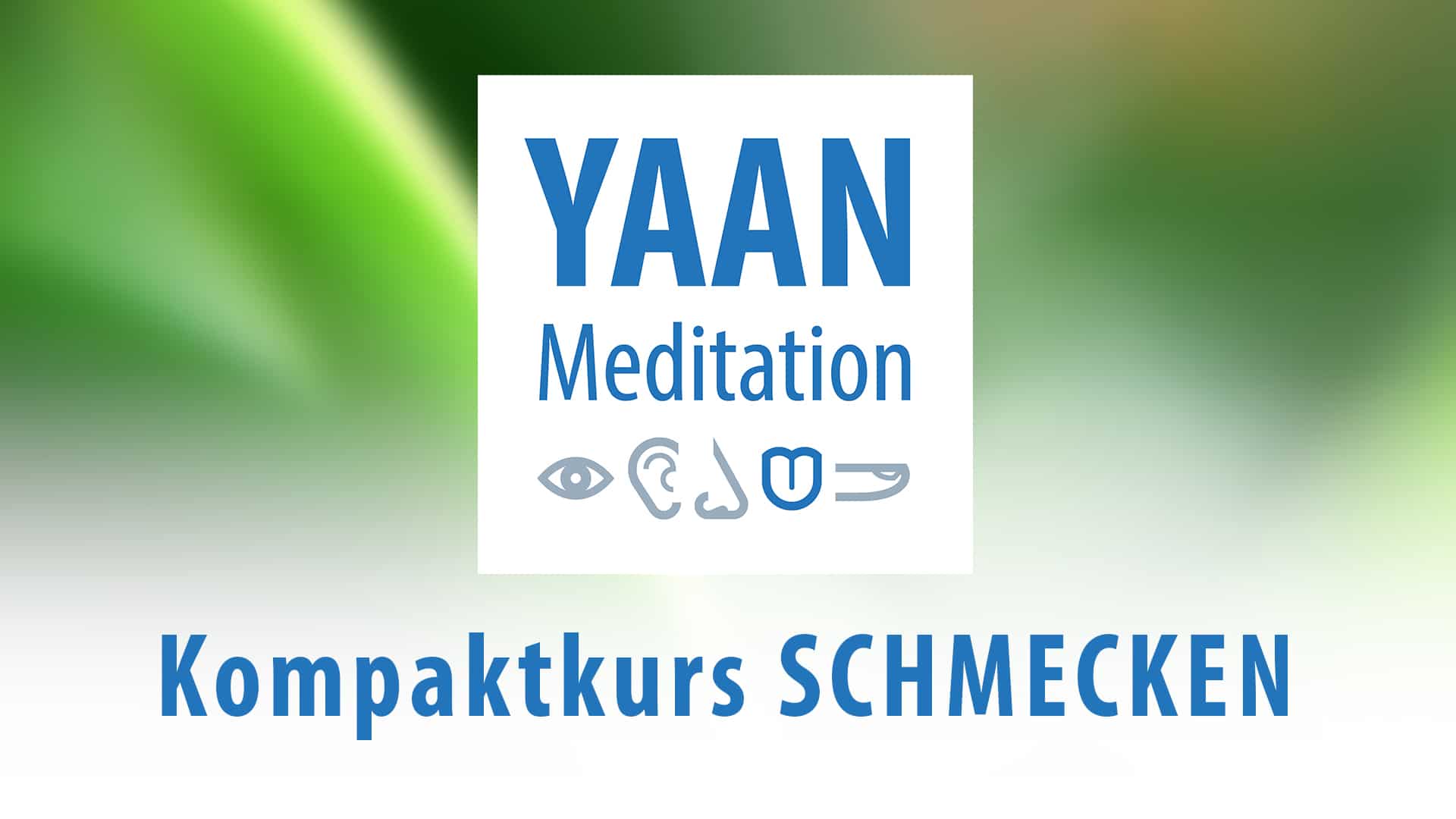 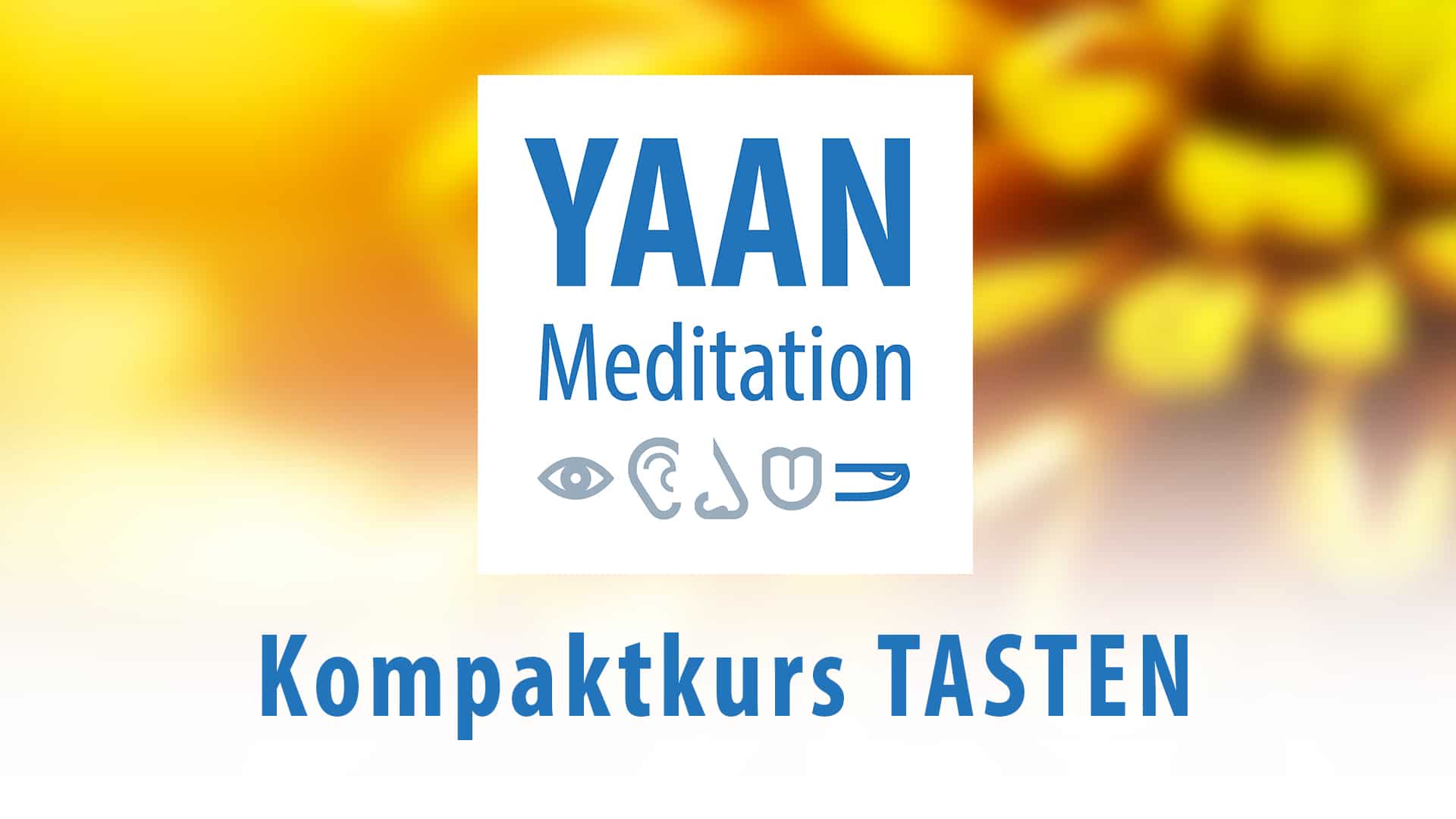