Muai Torranee Suub is a MUAI tactic in which the opponent is rendered incapable of fighting by massed attacks on a specific target area.

The Quicksand Tactic is a typical distance tactic (Wong Nog), which keeps the opponent at a distance through the predominant use of fist and foot techniques. It is avoided to get entangled by the opponent in a direct confrontation, but to keep him in the center while carrying out consistent attacks from a distance.

The fighter is constantly on the move and performs attack combinations. These attack combinations consist of an attacking technique as an opening, and are finished with a foot kick, a straight punch, or a step backwards to maintain distance from the enemy and continue the attacks.

The fighter chooses a specific body part of his opponent as an attack target to impair his stability or agility. Against this body part, the fighter then leads the attack in two phases.

Phase 1: Sending the opponent into quicksand

The first phase tries to break through the opponents defense and the second phase aims to destroy the enemy. As a result, the fighter forces his opponent to surrender by reducing his combat ability or taking away his defense for the upcoming second phase.

An example of how the name Torranee Suub came about. A fighter chooses his opponent’s legs as the specified target of his attack. He will first attack the opponent’s front leg to prevent any action from his opponent. In most cases, the first technique is a low kick from shin to shin, during a forward-facing attacking movement of the opponent. The attack is carried out until the opponent almost no longer uses it or switches to his rear leg. The standing leg is usually not trained for all too dangerous foot techniques, and the fighter can move on to the second phase. If the opponent is trained to use both legs, the first phase must also be carried out for the second leg to the reach the desired result.

Phase 2: Redeem the opponent from the quicksand

The second phase of the attack is led either with a kick on the thigh (inside or outside), or by a strong defensive technique against a poorly executed kick of the opponent. Gradually, the opponent’s willingness to fight will decrease due to the weakened leg and the attacked leg will hardly be able to inflict serious damage. In addition there is the lack of agility of the opponent, whose legs will feel as if they are being dragged into the ground (Torranee Suub).

From this point on, the fighter can perform his more spectacular techniques and determine the final technique for the fight without his opponent having a chance to defend himself. Optionally, however, he can continue to let his opponent sink into the proverbial quicksand, thereby tormenting and humiliating him.

In earlier times, MUAI fights were based on the successful implementation or thwarting of techniques. The outcome of a fight was secondary, because the real fascination was to see whether a fighter could successfully enforce his techniques and tactics or not. It was only through the industrialization of Muay Thai that the focus shifted to points, victories and defeats that were easy for the masses to understand.

The quicksand combat tactic was very popular against young and inexperienced opponents, and at the same time represents a kind of a lecture and demonstration, in which the fighter demonstrates his spectacular techniques (Jabb Nahh Muai) to the audience.

While for most spectators the dismantling of the opoonent by brute force may have been the most appealing, for connoisseurs of the matter it will have been above all the question whether a fighter could avoid or escape the effect of the quicksand. For example, through an unexpected “cobra bite” (see Cobra Tactic) or by negating distance combat by a designated close-range fighter or through the constant walling of an experienced defensive fighter. 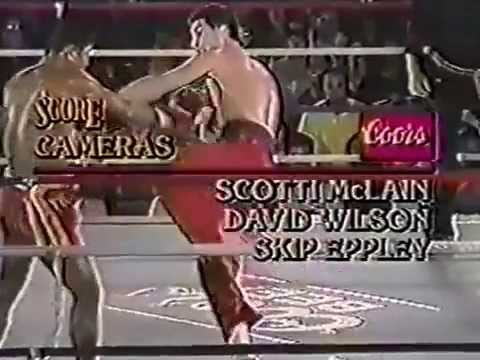