The systematic nomenclature of pahuyuth is the systematic and internationally uniform naming of Pahuyuth techniques.

Pahuyuth consists of seven different disciplines that can be learned individually and seamlessly combined. The number of traditional combat techniques is more than 1,000 individual techniques across all disciplines.

For teaching purposes, the disciplines and techniques of Pahuyuth were structured and provided with their own systematic nomenclature. This allows a precise assignment of the techniques according to Pahuyuth discipline, type of technique and technique.

No trivial or fantasy names

In order to ensure a language- and culture-neutral form, no fantasy or trivial names are used. Experience has shown that the use of fantasy names in the practical learning process regularly leads to misunderstandings and, from a historical point of view, cannot really be classified as “traditional”.

Traditional terms such as “Hanuman presents the ring” (Hanuman Tawai Waen) refer, for example, to the Rammakiern saga. However, this saga was not widespread in Siam until the 19th century AD, long after the retreat of the ancient Pahuyuth Free-Warriors. The use of such fantasy names can therefore be taken as an indication that a fighting style is less than 200 years old and therefore does not belong to the traditional fighting styles.

The same applies to the use of Thai language terms. Pahuyuth is much older than the Thai language and has always been practiced by members of different ethnicities. With the exception of the term “Pahuyuth” (originally from Sanskrit), the names of the disciplines and some worldwide common anatomical terms, the use of foreign words is therefore largely dispensed with.

Is this still traditional?

The answer to this question is clearly ‘yes’. On the one hand, Pahuyuth is a fighting system that has been constantly evolving for over 4,500 years, and on the other hand, the ancient Free-Warriors had completely different problems than to imagine fantasy names for their fighting techniques.

As members of the ordinary people, few of them had access to education (reading and writing was then reserved exclusively for the ruling class) and for the effect of a fighting technique, the name of the technique was and is completely irrelevant after all. The modern fascination with the naming of ancient techniques originated in the West only through the influence of Chinese films in the 70s of the twentieth century. 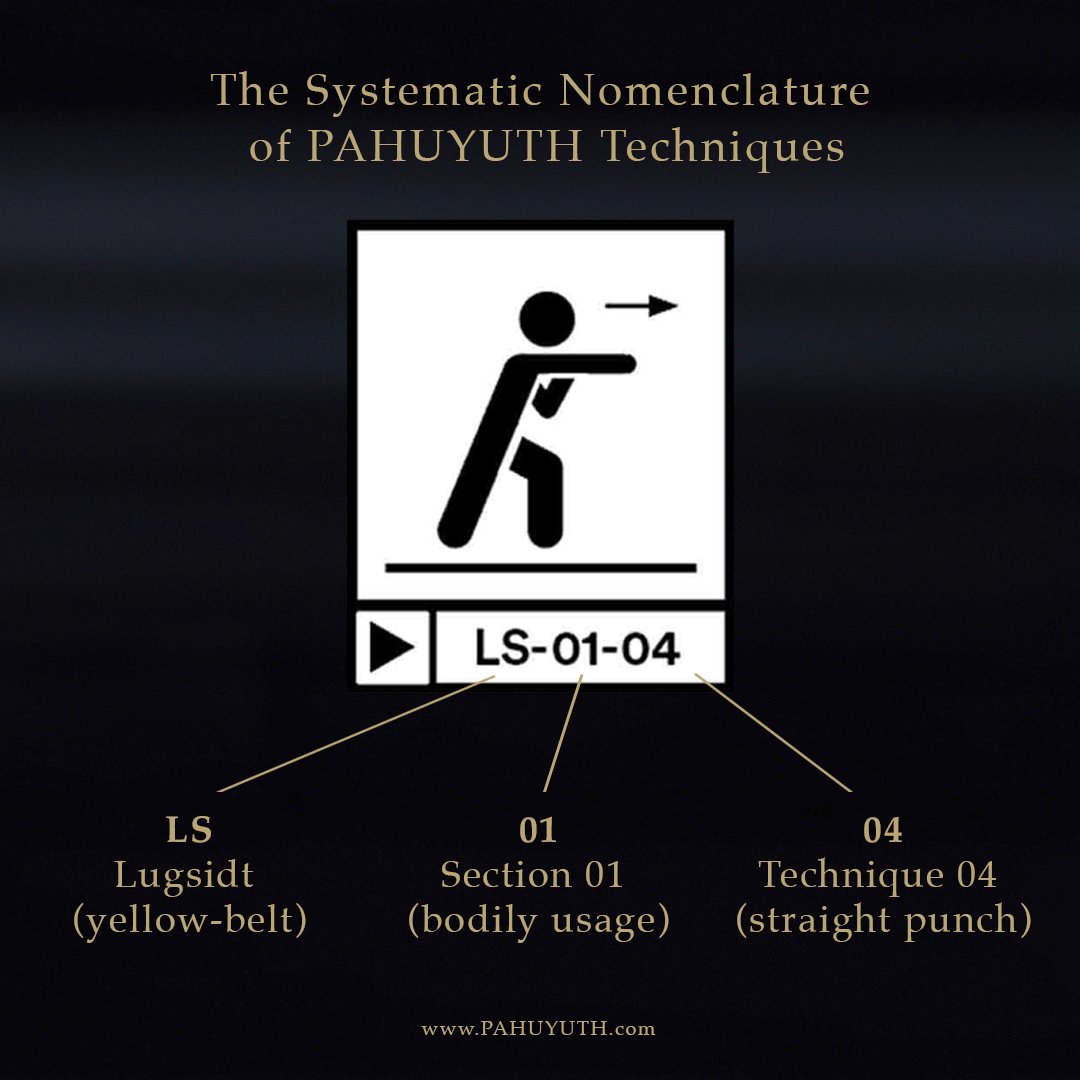 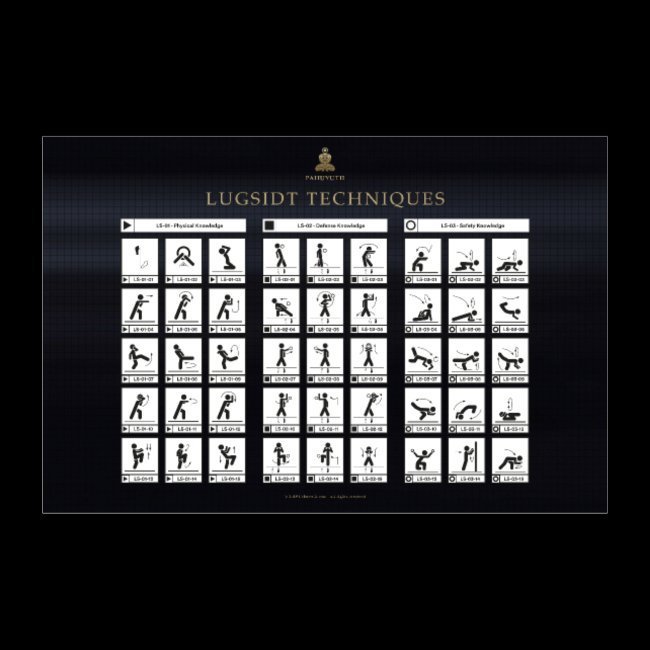 Probationary students learn a total of 45 techniques. A poster with the techniques according to their classification can be purchased in our shop. 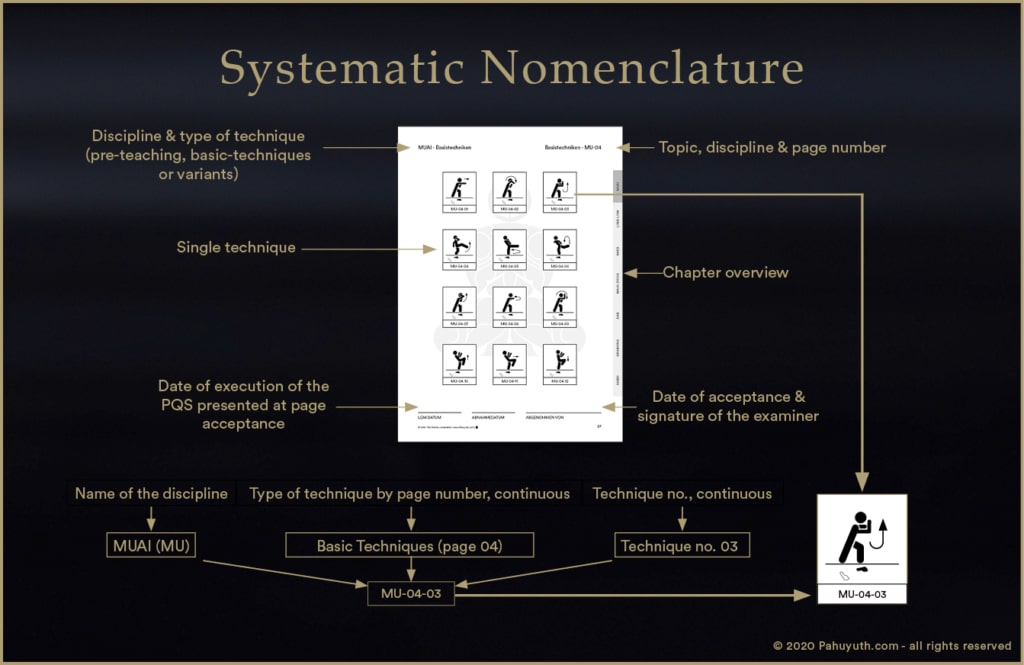