The performance qualification standard (short performance test or PQS) is called training programs with which Pahuyuth Free-Warriors train and maintain their physical performance and combat readiness.

PQS are defined training programs with nine exercises each of five minutes and defined rest times. There are three performance tests in three different levels of difficulty. PQS promote the performance areas

Benefits and goals of PQS

In addition to building and maintaining the performance and health of the participants, PQS serve to promote character development in the sense of the Pahuyuth qualification system.

The acceptance of PQS is only carried out for probationary students (yellow belt) by a Pahuyuth practitioner (i.e. at least green belt). From the beginner level (green belt) each participant is entitled to independent acceptance.

The possibility of (self-)fraud created by this serves to develop one’s own selfishness into self-discipline and character maturity.

The following checklist is considered to be the benchmark for the acceptance of PQS.

PQS serve as formal proofs of performance under the Pahuyuth qualification system. They are a prerequisite for admission to exams and for the acceptance of technical pages in the Pahuyuth Compendium. The following rules apply to extending PQS:

Basically, PQS0 is sufficient for most exams and page acceptances. However, in certain cases (e.g. LING LOM white belt test) a change to a higher PQS level may be necessary. The following rules apply:

PQS test books with 52 test sheets each can be purchased from our shop. 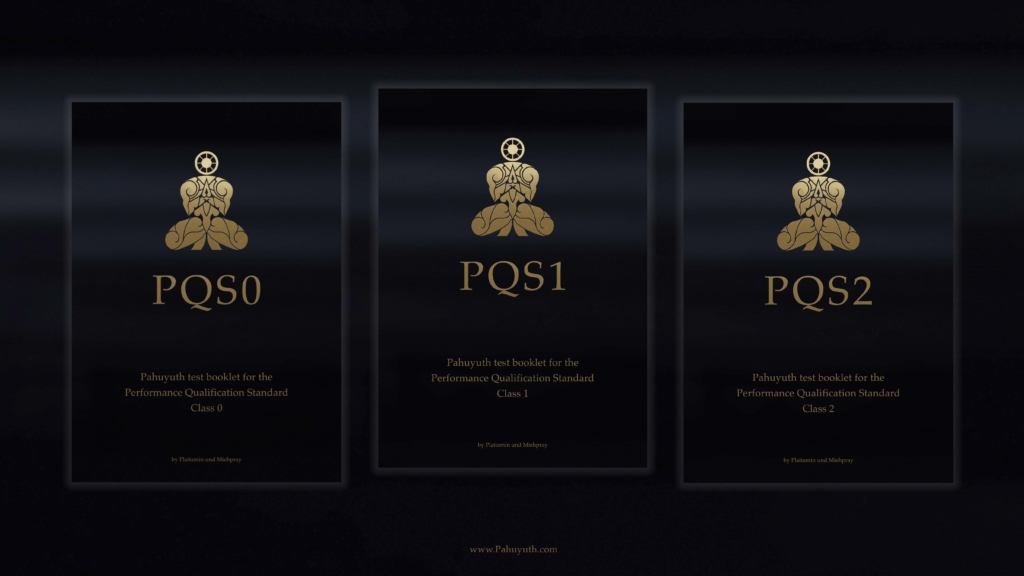