In the Saiyasart dependent love refers to a relationship that has formed between two people on the basis of a mutual or one-sided dependence. Dependence on each other or on each other has an emotional reason on closer inspection.

A good example of such love are couples, where one helped the other in difficult times and the other remained out of great gratitude and formed a partnership.

Another way of doing this is when two people have gone through difficult times together, or have met and helped each other in such times and have established a partnership.

Another example is a relationship that was created by one making the other dependent on itself. The types of such relationships are very diverse.

The formation of this love requires either great gratitude or guilt or a high degree of compassion. The emotion that is hidden here is greed.

It is quite normal that in difficult times and with mutual assistance something like a bond arises and even physicalities occur. It is also possible to continue the relationship that has developed.

Here, too, the bond to an sooner or later dissolution is intended or, in the case of a violent continuation, condemned to a life beside each other.

Again, it is not said that a disembodied love cannot also develop from these relationships, as long as the mind sets in and becomes clear why greed is behind these events. 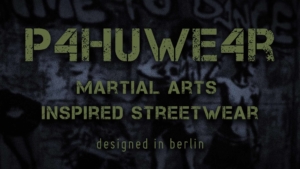