Blue belt is a belt in pahuyuth. Blue belts are worn by prospective teachers. 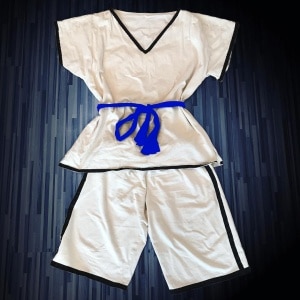 Origin of the blue color

The colour blue is often equated with authority and nobility. However, it is not so much the award of a supposedly higher-ranking person (in Pahuyuth all human beings are considered equal), but rather a hint to the wearer of such a belt to deal with his status and the responsibility as a warrior and as a human being in order to advance his personal self-discovery and self-knowledge.

Blue belts are fully trained warriors in their respective disciplines, who therefore no longer have student status, but are not yet teachers.