A black belt is a belt in the Pahuyuth. Black belts are worn by students of the application level. 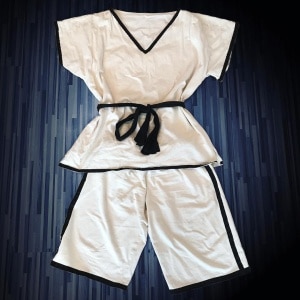 Origin of the black color

In earlier times, the wearers of the black belt were considered executors and specially trained warriors (special forces).

In the philosophical essence, however, this color means above all one’s own shadow from which the students of the higher level may step out. They do this by developing their personal fighting style and detaching themselves from the Pahuyuth combat methodology, both physically and mentally.

Senior level students specialize in their techniques and gain self-knowledge by passing on and imparting their knowledge.